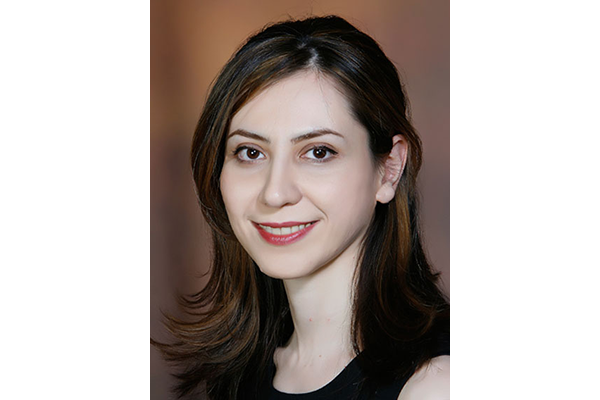 An energy system is only as reliable as its weakest link, which is why Mahshid Amirabadi, assistant professor of electrical and computer engineering, has received a $400K CAREER Award from the National Science Foundation to improve the weakest links in renewable energy systems.

“Our main goal is to reduce the cost of electricity from renewable energy,” says Amirabadi. “That’s what we have to do to make renewables dominant, which is so important to the environment. Additionally, increasing the reliability of renewable energy systems is crucial to building public trust.”

Power converters are a key component in transferring power from solar panels and wind turbines into the grid. Amirabadi is developing the next-generation power converter—a universal, silicon-carbide based, converter that will be smaller, cheaper and more reliable than those that rely on traditional electrolytic capacitors.

The current converters used in residential solar systems have an average life of 5 to 10 years compared to the 25-year life of solar panels, which means that the overall reliability of the system is cut by more than half. The cost to repair, replace, ship, or install new converters in the system due to this unreliability drives up the overall cost of renewable energy.

Because Amirabadi’s converter will be universal it eliminates the need for a series of cascading converters to handle power conversion between sources, and loads with different forms, voltage amplitudes, and frequencies in a complex power system.

“Therefore, the same converter can be used throughout complex systems, as opposed to our current situation where you need many different kinds of converters,” she says.

Amirabadi’s research builds upon her previous work, including two recent patents: a reliable converter for systems with unequal instantaneous input and output power such as residential solar systems (2019) and a general capacitive-link universal converter that uses soft switching technology to increase efficiency (2020).

She says that several of her proposed converters have been successful in the prototyping process and she is approaching the commercialization stage for those topologies. For now, she hopes to license the inventions through an existing company, but in the future she hopes to launch a startup of her own.