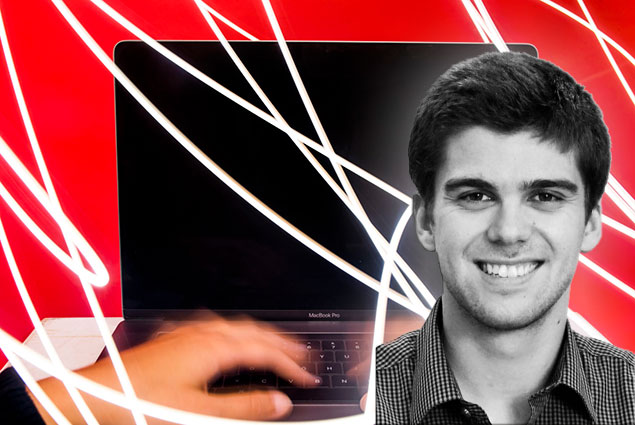 Nicolas Binford, BS Computer Engineering 2018, landed his dream job one month after he graduated from Northeastern in May—and he credited his co-op experience with helping him get it.

Binford works at Avira, a software security company, where he helps to recruit clients and write software for them.

“One of the first things my manager said to me was that normally people don’t get hired for this kind of role right after college,” said Binford, who studied computer engineering at Northeastern. “The fact that I had almost two years of work experience from my co-op jobs is what landed me the job.”

Binford designed software for Benu Networks, a computer networking company, helped to program an underwater robot for Northeastern’s Robotics and Intelligent Vehicles Research Lab, and tested anti-virus software for Avira at the company’s headquarters in Germany.

Now he’s working at Avira’s office in San Francisco. “This kind of job was on my road map for a few years down the road,” he said. “I didn’t think I would get a sales engineering job right out of college.”

Binford said that he was impressed by the workplace culture at Avira, which made it a particularly appealing place for him to work full time. Avira, he said, encourages its employees to eat well, exercise, and pursue hobbies outside of work.

As a co-op student, Binford was encouraged by his manager to travel around southern Germany. Now he’s exploring San Francisco, a city to which he had never been before taking the job at Avira.

“They want me to be a well rounded person who isn’t just good at programming and nothing else,” said Binford. “This is why my goal after graduation was to work for a European company in the United States.”

How to make the most out of your international co-op

Binford said he is drawing on his experiences as a teaching assistant at Northeastern to help him excel at Avira. Working with students, he said, prepared him to show his clients how to best use the company’s software.

Binford said his dual roles in sales and software engineering have made him a well-rounded employee.

He advised engineering students to explore their interests beyond coding and computers. “All your experiences are valuable, don’t just focus on what you learn in class,” he said. “It’s not just about technical skills. The other things you do can also create opportunity.”