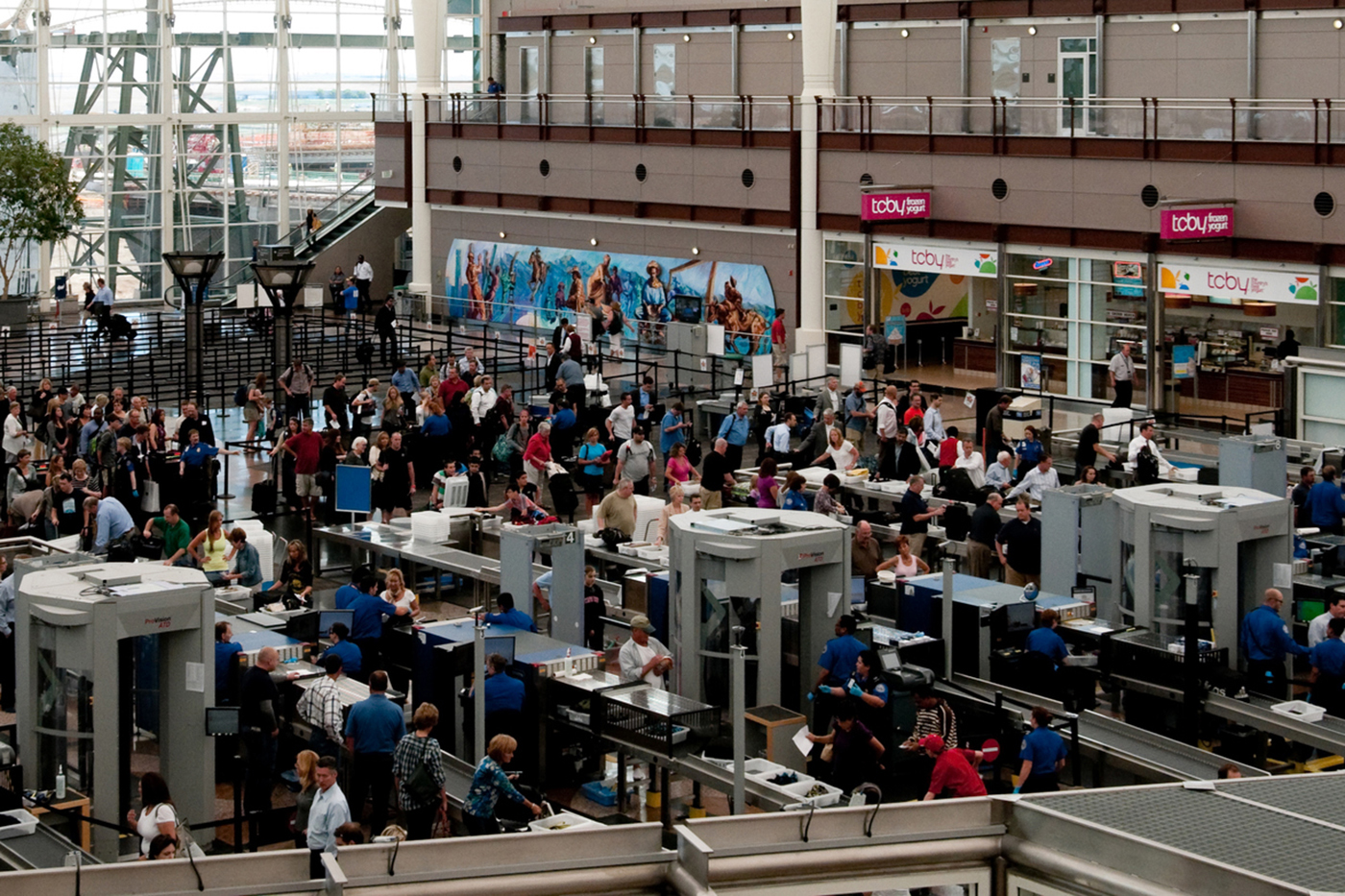 Carey Rappaport, ECE Professor and deputy director of the Awareness and Localization of Explosives-Related Threats (ALERT) Center, is working with the Transportation Security Administration (TSA) to develop quicker and more accurate scanners at airport security checkpoints.

Airport security is getting an upgrade. Soon, instead of stepping into cylindrical body scanners and staying perfectly still with hands overhead, travelers will be able to pass through an open-sided scanner that works much more quickly, NBC News reported Monday.

The difference for each traveler is a matter of a few seconds in the scanners, but it required a “feat of engineering” to pull off, and will result in clearer, more accurate imaging, said Carey Rappaport, a Northeastern professor who studies the kind of antenna systems used in the scanners.

The new machines use the same scanning technology as the existing machines, but process the information more quickly, Rappaport said.

Currently, travelers stand still inside a full-body scanner for a few seconds while antennas rotate around the body. The antennas emit tiny, electromagnetic waves called millimeter-waves that penetrate clothing but bounce off skin, Rappaport said. A computer records the shape those waves make as they bounce back, producing a 3D image of the person that’s analyzed for concealed weapons or other prohibited items, he said.

The problem with this method, Rappaport explained, is that it requires the person inside the machine to stand perfectly still while the antenna slowly construct an image by moving around the body. And, humans being human, they can’t always stay this still.

“If you sneeze or hiccup or shake or shimmy at all, it messes up the image rather significantly,” said Rappaport, who is also the deputy director at Northeastern’s Awareness and Localization of Explosives-Related Threats, or ALERT, Center. Rappaport is the bulk sensors and sensor systems lead at ALERT as well.

The new machines can transmit and receive information almost instantly, because they’re multistatic, rather than multi-monostatic systems, Rappaport said. So, people only need to stay still for one second, not three.

This is the difference: Image you and a bunch of friends are going into a dark room with headlamps, tasked with creating a map of the furniture in it. One way to do it would be to divide the room into segments, send each person in one at a time to record their segment of the room, then draw their part of the map. That’s how the current machines record information, Rappaport said.

Another way to do it, though, is to send everyone in at the same time to record their section and “look at what everyone else is looking at, all at the same time,” Rappaport said. That’s how the new machines record information, he said.

Getting all the sensors to “talk at once and talk fast,” took years to figure out, Rappaport said. The new machines have the computing power of 30 teraflops, or roughly the equivalent of “all the computation on Northeastern’s [Boston] campus all at once,” Rappaport said.

“The result is a cleaner, higher-fidelity image,” he said. “And whenever you have a better image, you’re going to have fewer false alarms.”

The TSA doesn’t release false-alarm statistics, but a 2011 study by ProPublica found the false positive rate for the same scanners in German airports was 54 percent. That means every other person in line needed to be pulled aside for a pat-down, holding up the line each time.

Rappaport said on a recent trip to a U.S. airport, he saw that everyone in line got pulled aside for a pat-down, a few people more than once.

“At a certain point you start to think, ‘Why even have the scanner if you’re just going to pat everyone down afterward anyway?’” Rappaport said.

So even though the new scanners require travelers to stand in the machine just two fewer seconds than the old ones, it’s the more accurate image, and fewer pat-downs, that will save everyone time.

Of course, there are still lingering challenges for operators of the new scanners. Millimeter-waves have trouble penetrating leather clothing in particular, Rappaport said, as they would for “Lady Gaga wearing that meat dress,” he said.

Denver International Airport is the first and so far only airport in the United States to use the new scanners, but it’s expected the scanners will soon be used at airports nationwide.