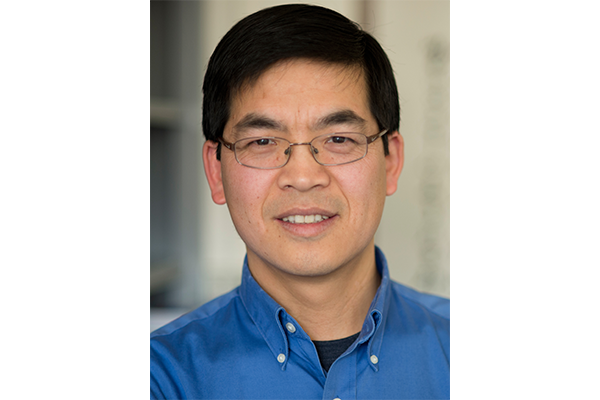 A nanomechanical magnetoelectric antenna includes a thin film heterostructure that has a magnetic element and a piezoelectric element. The heterostructure is suspended on a substrate and is capable of resonating at acoustic resonance frequencies. In the transmission mode of the antenna, oscillating mechanical strain produced by voltage-induced acoustic waves is transferred to the thin film heterostructure through strain mediated magnetoelectric coupling. This gives rise to magnetization oscillation or magnetic current that radiates electromagnetic waves at the acoustic resonance frequencies. In the receiving mode, the heterostructure senses magnetic components of electromagnetic waves arriving at the antenna, converting these into a piezoelectric voltage output.