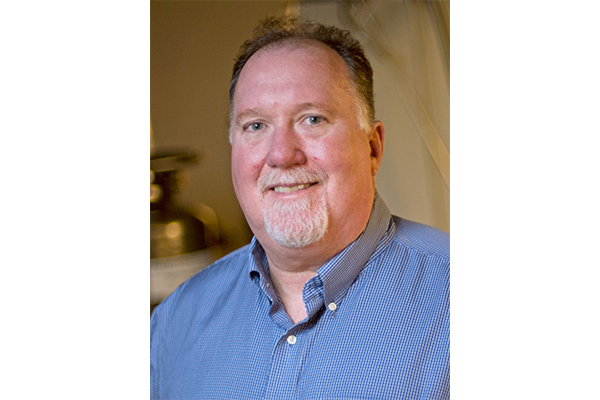 Vincent Harris, University Distinguished and William Lincoln Smith Professor, electrical and computer engineering, has been named a 2022 Fellow of the National Academy of Inventors (NAI). Harris was chosen for selection for “having demonstrated a highly prolific spirit of innovation in creating or facilitating outstanding inventions that have made a tangible impact on the quality of life, economic development, and welfare of society.”

This year, the National Academy of Inventors® (NAI) has selected 169 distinguished academic inventors to be NAI Fellows.

The NAI Fellows Program highlights academic inventors who have demonstrated a spirit of innovation in creating or facilitating outstanding inventions that have made a tangible impact on the quality of life, economic development, and the welfare of society. Election as an NAI Fellow is the highest professional distinction awarded to academic inventors.

To date, NAI Fellows hold more than 58,000 issued U.S. patents, which have generated over 13,000 licensed technologies and companies, and created more than one million jobs. In addition, over $3 trillion in revenue has been generated based on NAI Fellow discoveries.

The 2022 Fellow class hails from 110 research universities and governmental and non-profit research institutes worldwide. They collectively hold over 5,000 issued U.S. patents. Among the new class of Fellows are members of the National Academies of Sciences, Engineering, and Medicine, Fellows of AAAS and other prestigious organizations, Nobel Laureates, other honors and distinctions, as well as senior leadership from universities and research institutions. Their body of research and entrepreneurship covers a broad range of scientific disciplines involved with technology transfer of their inventions for the benefit of society.

“This year’s class of NAI Fellows represents a truly outstanding caliber of innovators. Each of these individuals have made significant impact through their work and are highly-regarded in their respective fields,” said Dr. Paul R. Sanberg, FNAI, President of the NAI. “The breadth and scope of their inventions is truly staggering. I am excited to see their creativity continue to define a new era of science and technology in the global innovation ecosystem.”

The 2022 class of Fellows will be inducted at the Fellows Induction Ceremony at the 12th Annual Meeting of the National Academy of Inventors on June 27th, 2023 in Washington, D.C.