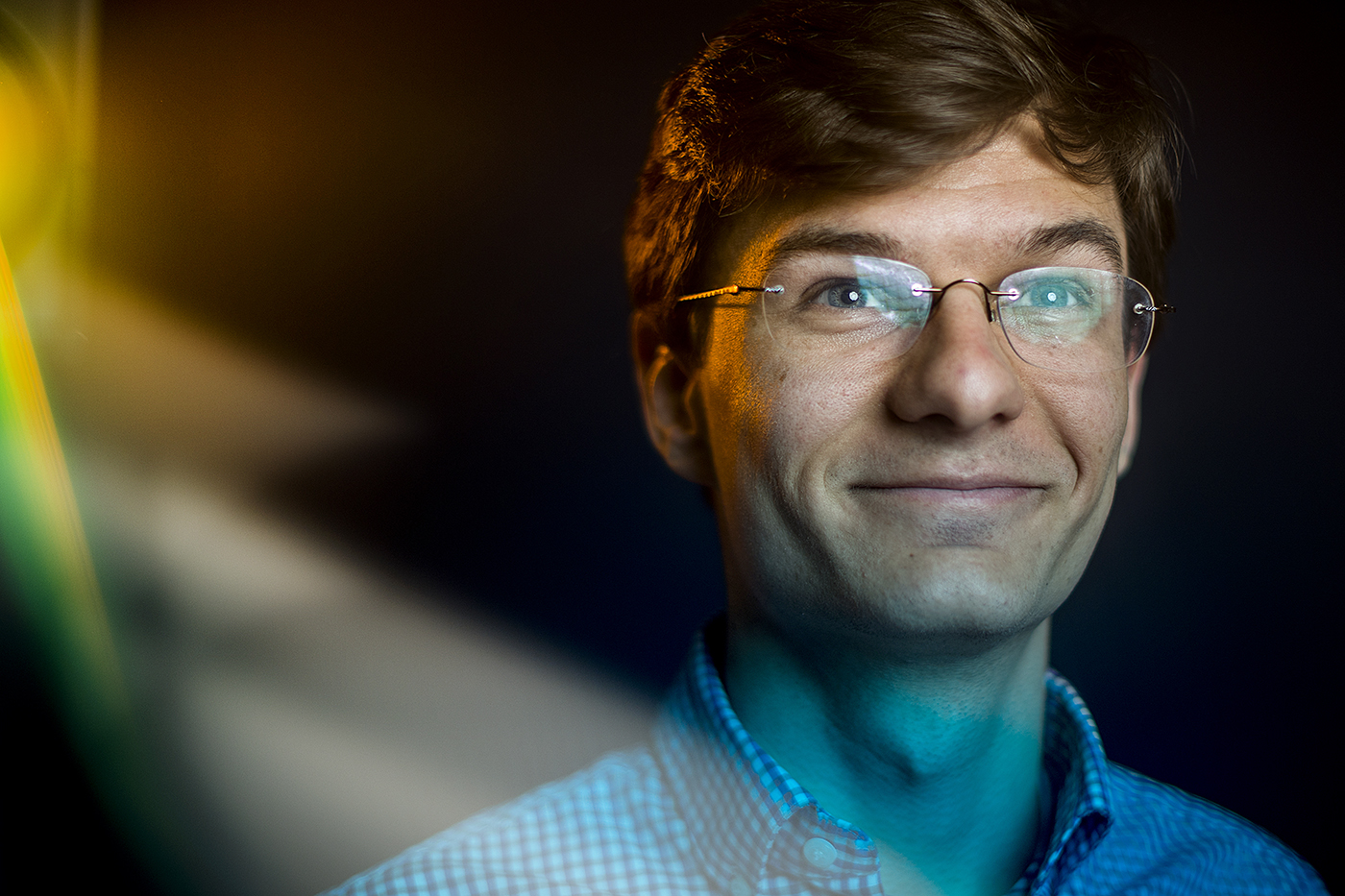 Isaac Kresse, E/S’19, who will be graduating with both a chemistry and computer engineering degree, was awarded a Fulbright Fellowship which he will use to conduct research on proteins in the brain at the Max Planck Institute of Biochemistry in Munich.

In Germany, aging populations have contributed to the prevalence of age-related diseases, such as Alzheimer’s and Parkinson’s, several of which are associated with the formation of misfolded proteins in the brain. With his Fulbright, Isaac will conduct research on these proteins at the Max Planck Institute of Biochemistry in Munich. His rigorous course of study at Northeastern has included a year and a half of full-time research with two experts in the field of hydrogen exchange mass spectrometry, a technique used to understand protein folding. The Fulbright will allow Isaac to pursue his passion for understanding the biochemical mechanisms underlying life. After the Fulbright, he will pursue a PhD in biosciences at The Rockefeller University.

‘What happens on the molecular level to make us sick?’

Photo: Isaac Kresse, a chemistry and computer engineering student at Northeastern, has been awarded a Fulbright Scholarship, which he will use to study the role of chaperone proteins in age-related diseases such as Huntington’s, Alzheimer’s, and Parkinson’s. Photo by Matthew Modoono/Northeastern University

Isaac Kresse was only 6 when he started investigating the existential questions that would put him on the path to dedicating his life to understanding age-related diseases such as Huntington’s, Alzheimer’s, and Parkinson’s.

Sitting on his bed, Kresse, now a senior at Northeastern, would spend hours thumbing through his copy of the Dorling Kindersley Science Encyclopedia. Faster than he could process them, diagrams of engines and magnetic fields, illustrations of the orbits of the planets, and maps of the evolutionary relationships between Darwin’s finches flew before his eyes.

Kresse’s eyes would often fixate on one page, in particular, depicting a spectrum of flames that were colored according to their chemical components. And he’d wonder: What makes the world the way it is?

Once ignited, his passion for science, and specifically chemistry, continued to grow well through middle and high school. So did his curiosity. The more he understood chemical processes, the more fascinated he became with the very idea of life.

How does a mass of molecules become a breathing, thinking, human being? How do all the molecular systems work together, and what happens on the molecular level to make us sick and die?

These are questions that Kresse has had a chance to continue probing as a chemistry and computer engineering student at Northeastern.

John Engen, Distinguished Professor of Bioanalytical Chemistry at Northeastern, who taught Kresse in the fall of 2014, predicts Kresse will become “a great scientist” one day.

“He thinks and asks questions more like a graduate student than an undergraduate student,” he wrote in a letter endorsing Kresse for a Fulbright Scholarship, which he received earlier this month. “He is truly curious about science to the point that it can sometimes be a struggle for me to find enough materials to keep him occupied.

“Even after just hearing about a topic for a brief time, he already formulates extremely sophisticated questions that demonstrate that he is really thinking and analyzing everything.”

Kresse will use his Fulbright at the Max Planck Institute for Biochemistry in Germany to study the role of chaperone proteins in age-related diseases. Germany is a country where,   he says, there will soon be fewer people under 30 years old than there are people over 60.

He said he is excited and grateful for the award and the opportunity that it offers.

“Germany is a really interesting place to study science because it has such a strong history,” he said. “It was home to a plethora of scientists who have advanced physics and chemistry: Heisenberg, Planck, Schrödinger, Einstein. So it’s exciting to be there and be in that academic environment.”

Kresse will spend a year studying the physical process by which proteins transition from a long, linear strand of amino acids to their final three-dimensional shape. Then, he will enroll in a doctoral program at Rockefeller University in New York City, where he hopes to continue studying the relationship between neurodegenerative disease and the incorrect folding of a protein that produces inactive or toxic proteins that malfunction.

“In my research, I hope to study mechanisms of disease to help in the development of treatments,” he said.

Kresse was among nine Fulbright scholars from Northeastern who were celebrated by President Joseph E. Aoun at the Academic Honors Convocation last week. The annual ceremony recognizes students and faculty who have received prestigious awards for scholarship, research, or teaching over the past year.

“I was caught unawares in the middle of one of my classes when I got the email (from the scholarship committee),” he said about learning he’d received the scholarship. “I had to leave class for a few minutes to contain my excitement and let my family know the good news.”