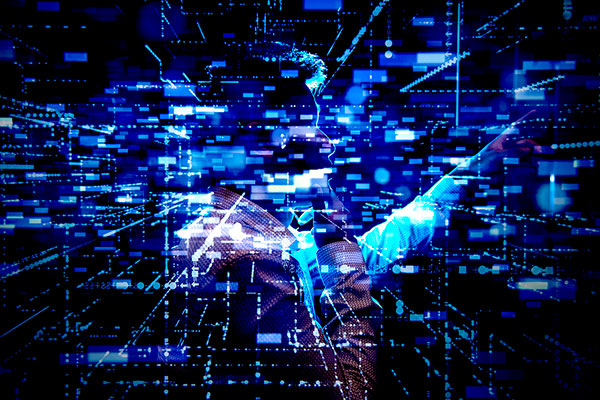 Northeastern University’s Institute for the Wireless Internet of Things (WIOT), along with mobile and video technology research and development company InterDigital, is hosting a virtual 6G symposium from October 20 to 21, 2020. The inaugural symposium aims to create excitement and increase public awareness and engagement in articulating a strong vision for 6G.

WIOT Director and ECE William Lincoln Smith Professor Tommaso Melodia said that this will become the flagship event, and an annual one, for WIOT.

“We hope that in the next few years, this will be a visible forum to shape 6G, from a technological and from a point of view of its impact to society,” he said.

The virtual event will feature two keynotes from Mazin Gilbert, AT&T’s vice president for advanced technology and head of AT&T Research, and Thyaga Nandagopal, head of the computing and communication foundations division at the National Science Foundation. There will also be six topical panel discussions and opportunities for participants to engage with speakers that span Industry experts, federal agency representatives, and media platforms.

“It’s important to see from both an Industry and a government perspective, the main challenges that need to be addressed with 6G,” Melodia said.

For example, one of the panels will focus on use cases, and what users will need to have for 6G. It will also discuss what the 6G architecture will look like and delve into the role of AI in enhancing the network functionalities.

Another panel will dive into “spectrum sharing,” which is the idea of having different technology of different systems “share” portions of the spectrum, as opposed to assigning them statically.

It has already been forecast that there will be 500 billion connected devices by 2030, Melodia said. That is 50 times more than the number of people in the world. There needs to be a better and more efficient way to ensure smooth connectivity.

“This is a revolutionary way of thinking about wireless communications,” Melodia explained. “Entities are regulating specifically which portions of spectrum each service could use. With the evolution of connected machines and IoT, billions of devices are connecting to the Internet. The available spectrum assigned in an efficient way is not enough any longer. There will be 500 billion devices all trying to communicate, and we need a new and innovative way to share the spectrum.”

There has been lots of discussion over the last year or so on the deployment of 5G cell networks, Melodia explained. It has come with the promise to provide better service to users than the previous generation.

“But while the industry is now deploying 5G, the research community is thinking about what will be the next big thing: 6G,” he said. “Typically, different generations of cell networks take anywhere from eight to 10 years time for conception to realization.”

But with the rise of connected devices and IoT, networks must be designed that can provide connectivity for these machines and also sustain the traffic they will be generating, Melodia added.

In addition to improved wireless communications and greater options with cell networks, Melodia explained that 6G can help lead to numerous new ways to communicate, including immersive virtual reality, or mixed reality.

“We could be putting humans in mixed environments where they could, for example, meet in virtual spaces,” he said. “I grew up in Italy, and I would love for my kids to have an opportunity to have a meal with my parents back in Italy. And for them to feel like it’s in a real shared place. There is Skype and Zoom, but especially [during the pandemic and quarantine], we understand that it’s not the same thing as having a truly immersive experience.”

What does 6G technology hold in store? Think remote surgery, shared virtual spaces, and robots that search for dirty bombs.

Picture a world in which doctors, using robotic technology, can operate on patients from hundreds of miles away. Or one where robots rescue wounded soldiers, detect and neutralize mines, and search for dirty bombs.

Imagine being able to call your loved ones from thousands of miles away and not just catch a glimpse, but become a part of their surroundings.

This is the world that the sixth-generation wireless network can unlock, says Tommaso Melodia, Northeastern’s William Lincoln Smith chair professor of electrical and computer engineering.

“But to be able to do that,” he says, “we need to be able to reliably, securely, and in a time-critical manner transfer wirelessly massive amounts of data that our current networks cannot.” Tommaso Melodia is the William Lincoln Smith chair professor of electrical and computer engineering and director of the Institute for the Wireless Internet of Things at Northeastern. Photo by Matthew Modoono/Northeastern University

Melodia is the director of the Institute for the Wireless Internet of Things at Northeastern. This fall, the institute, in partnership with Interdigital, a company that specializes in the research and development of mobile systems and video technology—and a strategic member of the institute—will host a two-day virtual conference. The program will convene leaders from industry, academia, and government to consider the possibilities of the successor to the 5G mobile network, which cellphone companies began deploying worldwide in 2019, and develop a roadmap for its research and development.

“Right now with the deployment of 5G it is time to start thinking about research for 6G,” says Melodia. “What will 6G look like? What will be the applications? What will be use cases and drivers for next generational systems?”

The interest in 6G is driven by the growing need for increased wireless capacity and support of more connected devices.

Increased bandwidth will allow new networks to serve not only cellphones but also be used as general internet service providers for laptops, desktop computers, and objects in our surroundings, enabling new applications in the Internet of Things area.

“After observing the evolution of 5G technology as a critical national infrastructure need, we decided that now was the right time to develop a new 6G platform to respond better to future industry, societal, and policy needs,” says Abhimanyu (Manu) Gosain, technical program director for the Platforms for Advanced Wireless Research Program and director of industry engagement for the Institute for the Wireless Internet of Things. “This forum will be the focal point for national and global information exchange among technologists, policy makers and futurists.”

Increased wireless capacity is essential for maintaining economic productivity, health, and safety, Melodia says. It can also enable innovative technologies and solutions to address a need before it even arises.

“Forecasts show that by 2030, there will be 500 billion devices connected to the network—that’s more than 50 times the number of people that are forecasted to be alive by then,” Melodia says. “That’s something that the networks of today don’t have the—I’m going to say responsiveness—to be able to enable seamless interaction between devices and human users that can be physically distant from one another.”

As 6G begins to enter society’s consciousness, the symposium couldn’t be more timely.

“A collaborative, yet competitive, ecosystem of diverse innovation is crucial for driving future wireless technologies like 6G,” says Doug Castor, senior director at InterDigital. “The goal of the symposium is to spark a discussion that features key global players—the innovators, enablers, and disruptors of technology—to begin the process of defining a clear vision for 6G.”

Slated for Oct. 20-21, the symposium will feature two keynote speakers and six thematic panels. The keynotes will address the vision for 6G, and discuss key players, timelines, and challenges the telecommunications industry is likely to face in the development of the network. A second keynote will explore the role of spectrum and the regulatory and policy considerations for new networks.

In the first panel, leaders at leading wireless companies will discuss the applications that will be enabled by the sixth-generation of mobile networks, including volumetric media streaming, connected industries and automation, multi-sensory extended reality, and health insurance marketplace eHealth.

Kaushik Chowdhury, a professor of electrical and computer engineering at Northeastern, will moderate a panel that will explore the role of artificial intelligence and machine learning in 6G technologies as well as the key enablers that support those innovations in wireless.

Chowdhury’s colleague, Josep Jornet, an associate professor of electrical and computer engineering, will moderate a discussion about the innovative research and techniques driving the search to unveil untapped spectrum and the role of governments and spectrum policy makers in enabling spectrum access.

The fifth panel will explore the advancement in enabling spectrum sharing, and how the use of a software solution and artificial intelligence will affect spectrum sharing in future wireless systems. Panelists will outline the challenges and opportunities of transitioning future cell networks to a cloud-native, end-to-end programmable, and fully virtualized paradigm.

The final panel, moderated by Gosain, will investigate approaches to advance the cloud platform services model for testbeds used by researchers toward the advancement of wireless communications, and develop approaches to creating an infrastructure platform for any application.

The program will include keynote talks by Mazin Gilbert, vice president for advanced technology and head of research at AT&T and Thyaga Nandagopal, head of the computing and communication foundations division at the National Science Foundation. The conference will also include the participation of Monisha Ghosh, chief technology officer of the Federal Communications Commission, and other leaders from industry, academia, and technology alliances, forums, and networks.