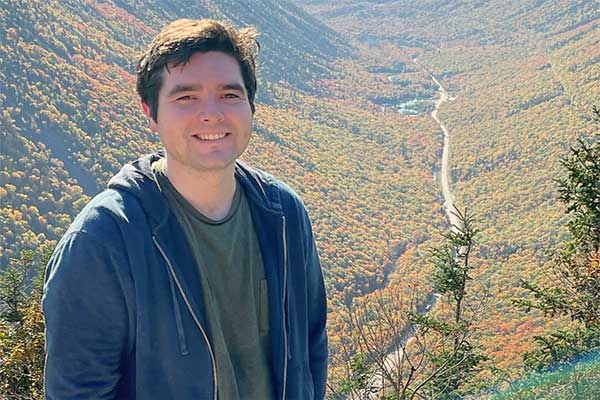 “Up until then, I hadn’t really considered getting a master’s degree,” says Tedori. “For one thing, I was focused on getting my BS degree as soon as possible. I really wanted to have my diploma in hand and get my career started. And, to be honest, I was also a little intimidated by the idea of taking graduate-level courses.”

“The PlusOne program seemed like the perfect solution,” he continues, “because I would finish my bachelor’s in four years and be able to pursue a job, if I wanted, based on that degree. PlusOne also allowed me to start to explore master’s-level classes while still an undergrad. I liked the element of flexibility. PlusOne allowed me to leave my options open.”

Tedori enrolled in the PlusOne program in Fall 2019. He earned his BS in Computer Engineering in Spring 2020, and just a year later, received his master’s degree in Spring 2021.

The PlusOne program accelerated Tedori’s graduate studies by allowing him to apply some master’s-level courses toward his undergraduate degree, providing a jumpstart on his MS. The PlusOne program offers other benefits for students, including an application fee waiver and reduced graduate tuition cost because some undergraduate credits are counted toward the master’s degree.

According to Tedori, the PlusOne program enabled a seamless transition from his undergraduate studies to the master’s program. “Because the application process is waived for current Northeastern students, I didn’t waste a lot of time filling out paperwork and proving myself. Northeastern already knew what I could do,” he explains.

“The ability to take some graduate-level classes as a fourth-year undergrad was really critical,” Tedori adds. “I discovered that master’s-level coursework was not intimidating at all. I realized I could do it. That was an important boost of confidence I wouldn’t have gotten from the more traditional experience of applying to a graduate engineering program.”

While Tedori had never considered the practical value of a master’s degree before learning of PlusOne, today he realizes that graduate-level study delivers important benefits. One is a much greater depth of knowledge in his chosen field of software engineering. “Ironically, I started my academic career at Northeastern with a focus on hardware,” he recalls. However, a co-op in integrated circuit design made Tedori recognize that he was more interested in software functionality than physical systems design.

“I love software engineering, and I really thought I’d developed a lot of know-how and expertise in my four years as an undergrad,” Tedori notes. “But there’s a saying that goes, ‘You don’t realize what you don’t know until you start learning.’ And that was certainly true of my PlusOne experience. By taking the coursework option as a master’s student, with a concentration in computer systems and software, I was able to gain a lot of additional software engineering knowledge.”

That led to another practical benefit: Tedori received a job offer soon after graduation, at a higher salary level than if he only had a bachelor’s degree. As a software engineer at Thermo Fisher Scientific in Franklin, Massachusetts, he began designing software for the company’s analytics instruments and equipment just three months after graduation.

“I’d say the PlusOne program was the perfect preparation to get my career jumpstarted,” Tedori says. “I was able to graduate with my friends, in the five-year time frame, but I walked away with two degrees. I think that’s a valuable asset that will help me throughout my career.”