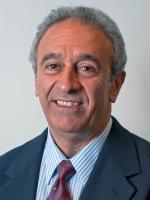 Bio: Bahram Shafai is a professor in the Department of Electrical and Computer Engineering at Northeastern University, Boston, MA, USA. He received his BS and MS degrees in electrical engineering from the Swiss Federal Institute of Technology (ETH) Zurich, Switzerland, in 1976 and 1978, respectively, and the Ph.D. degree in electrical engineering from George Washington University in 1985. He joined the Department of Electrical and Computer Engineering at Northeastern University in 1985 and served as the director of the university’s Communications and Digital Signal Processing Center from 1990 to 1992. Since 1996, he has been the director of the ECE Capstone Design Program and its associated laboratory. He has served as associate editor of two major journals and IEEE sponsored conferences. He served on the conference editorial board of the IEEE Control Systems Society for many years. Professor Shafai has also been a member of the organizing committees for various international and IEEE-conferences, such as CDC, ACC, CCTA, WAC, and IASTED. He has published one book and more than 250 journal articles and conference papers and has been the recipient of several honors and awards. He is a Life Senior Member of IEEE. His research interests include robust stability and control of multivariable systems, observer theory, identification and estimation, fault detection, time-delay systems, positive systems, and distributed control of multi-agent systems.